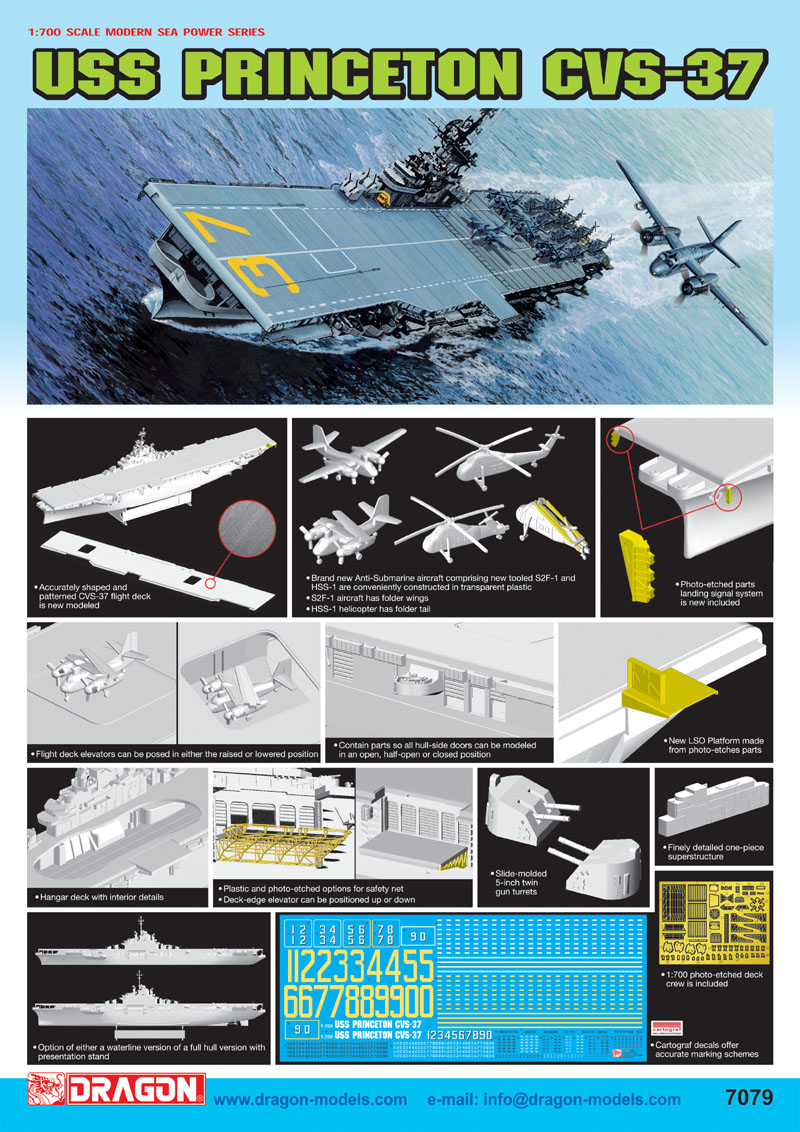 With a displacement of 27,100 tons, the USS Princeton (CV-37) was originally laid down as an Essex-class aircraft carrier of the U.S. Navy. Commissioned on November 18, 1945. It was too late to be involved in WWII, though it did see extensive action in the Korean War with three tours of duty there. For example, its embarked aircraft supported Marines as they made a fighting withdrawal from the Chosin Reservoir.

"In January 1954, the USS Princeton was converted for antisubmarine warfare, and was reclassified as CVS-37. Its final evolution was as a Boxer-class amphibious assault ship for the USMC, in which role it served in the Vietnam War. This U.S. warship, after many years of faithful service, was finally decommissioned in 1970.

But modelers will be pleased to hear the USS Princeton has been resurrected in 1/700 scale! This fantastic new model represents this carrier in the antisubmarine CVS-37 capacity it served in from 1954 to 1959. This means it includes pertinent details like the LSO (Landing Signal Officer) platform, which is made from photo-etched parts for the finest possible rendering of detail. The complement of S2F-1 and HSS-1 antisubmarine aircraft all involve brand new toolings too. To give modelers unparalleled detail, these 1/700 scale aircraft are injection molded in transparent plastic. This carrier is positively bristling with detail, and modelers will welcome such a vessel built to Dragon’s highest standards into their model fleets."